THE STORY SO FAR.....WHEELS WITHIN WHEELS 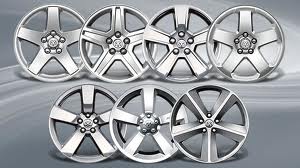 It was well documented in April 2007, Operation Ore was about to explode...The BBC when it still thought a good story was worth the fight decided to air and be damned... on May 4th 2007 Simon Bunce was interviewed for the documentary it concerned Credit Card Fraud. Operation Ore was about to crumble and the man who headed what was to become the UKs biggest fraud scandal ,Jim Gamble was ,about to be exposed.

BLAIR and the corruption in the British Goverment was rife, one more nail in the coffin or the straw to break the camels back?

We all know newspapers are nothing about the TRUTH, they are only there for solacious gossip. Editors have long given up what with writs, libel and gagging orders, a story is no longer worth the effort. We therefore have Internet Journalists...lazy bottoms, who let their fingers do the walking over other peoples work on the Internet. BLOGGERS are used and abused on a daily basis, this is where they find their news.

In the last four years since May 4th many children have died in domestic accidents, sad but true and have had a days media attention.

Since May 4th 2007 ONLY one child has had the medias attention, abduction is alleged without a shred of evidence by the parents.

Had on May 3rd the media covered the story of yet another domestic accident of a child on holiday this would have received the same media attention...one day in the news. The big news would have remained SIMON BUNCE and the information he had to give about Credt card Fraud .

The story and the Goverments involvement had to be removed...or at least placed in another part of the newspaper but how?

We all know about newspapers being used for covering bad news days ....The Goverment not only had a bad news day but a MIGRAINE was imminent and GAMBLE was the man.

Blonde blue eyed Diana was gone, we all know how many papers she sold when on the front cover of any issue whether it be the gutter press or vogue...

One could say the McCanns and their 'abduction' came along at just the right time, a story made in heaven for the Goverment....Who now remembers Simon Bunce and what he had to say ? no one because for one year we had wall to wall coverage of Madeleine McCann. Operation Ore for the moment had been silenced.

Jim Gamble swiftly involved as the head of  CEOP.... Gerry McCann was found to have in his possession  CEOP Manuals NOT for public use...who gave them to him and why?
Jim Gamble and CEOP quickly profiled Robert Murat and said he is the most likely person to have taken Madeleine.


Clarence Mitchell reminding everyone that Murat reminded him of Ian Huntley the Soham killer.

Jim Gamble invited Gerry McCann to speak at a CEOP conference for sexually abused children and what does Dr.McCann know of this one may ask? Gerry McCann who claims his daughter was abducted by a paedophile YET claiming there is no evidence she has come to any harm. What does Gerald McCann think paedophiles do to three year old toddlers ?

The McCanns rushing to Gambles side disgusted with the way their friend has been treated.

Sarah Payne also....has Sarah forgotten how she was manipulated ?  Who can forget the day when she and Michael stood holding white doves to be released in the memory of thir beloved daughter, not surrounded by loving family and friends but the feeding frenzy media...on cue the couple released the doves into the air. "It would be what our daughter wanted" said Sarah


When will we know whether Operation Ore was a success?


So how soon is "very soon"? Though we asked him this question multiple times, Gamble declined to put any timescale on it. He says, though, that 140 children have been "rescued" in the UK "in cases where we have found evidence of actual ongoing abuse".


Gamble also stands by his remarks, made in January to the House of Lords Select Committee on Science and Technology, and again last week in a BBC Investigation programme about Operation Ore, that "we never prosecute someone simply on the basis of their credit card being used [on Landslide]".


This might seem to be contradicted by the example of a doctor tried in Hull in 2004, where the police found no incriminating pictures or emails on his machine. There were, however, credit card transactions in the doctor's name via the Landslide site, and the doctor was tried for "incitement" - that is, inciting Landslide to provide child pornography. (Whether it arrived or not is immaterial to the charge of incitement: if you ask someone in the street for a wrap of heroin, you're inciting them to commit the crime of supplying.)


The judge instructed the jury to acquit the doctor, given the plain evidence that the credit card had been used fraudulently in the US, raising the obvious possibility that the Landslide entry was the work of a hacker.


Does that disprove Gamble's statement? Not necessarily. Landslide's database contained names, email addresses, billing addresses, usernames, passwords and often telephone numbers. Expert witnesses defending Ore "incitement" cases (where no incriminating evidence has been found) say thousands of those had been stolen from legitimate sites and used to generate cash for associated site owners (Operation Ore flawed by fraud, April 19). But "credit card details" might mean just the card number, name and billing address. Might a username, email address or password be enough to spark an incitement prosecution?